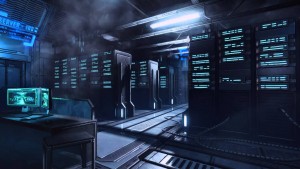 There are thousands of options when choosing a web hosting provider.  Among the web hosts I’ve seen most often publicized are HostGator, BlueHost, DreamHost, and IONOS Hosting.  Although I am currently using IONOS Hosting and have very been happy with it I am strongly considering switching to DreamHost or BlueHost after comparing the features offered, the performance of each host, and writing this post.  Below I compare the features publicly advertised by each of these web hosting providers and I summarize the testing I performed to evaluate the non-publicized web hosting performance, namely network latency & download speed.

Although many of the hosting plan features are publicized, their performance is typically not.  Cheap hosting may be feature rich at the sacrifice of performance (server latency and download speed).

Server latency is the time required for a server to respond to a request.  Server latency is affected by different server architectures, processor type / speed, 32bit vs 64 bit CPU architecture, RAM type & size, solid state drives, network switches, load, cabling (length & type), and geographic location (how far away the server is).  Every object on a web page is requested from the server individually. Your main HTML file may load prior to calling for multiple graphics from the server, running scripts, etc.  Per online sources the average number of objects loaded with a typical web page now exceeds 100.  If each of those objects were loaded sequentially, the latency impacts would slow web page load times.  Luckily many of the objects on a web page load in parallel, but there are several that load sequentially.

Download speed is the rate at which data is transferred from the server.  Downloading larger files is not resource intensive with regard to the server architecture, however it is largely dependent on the hosts network architecture, the bandwidth available, and the utilization. Web pages will load faster with a faster download speed.

I set out to explore the performance of the different web hosts.

To test the web host’s download speed I would download large files 10 times from each host, capture the download speed, and compare the results.  I decided to only perform this test 10 times as I didn’t want to waste the web hosting providers bandwidth.  DreamHost and HostGator have made a 16MB file and 20MB file available respectively for such a download speed test.  I uploaded the 20MB file from HostGator to my IONOS Hosting to provided comparable results. I also found a 3 MB PDF file on the Smart Passive Income website (known for hosting on BlueHost) for use in the download speed test.  I had initially planned to use this file only to test the methodology prior to signing up for BlueHost. Typically, download speeds tend to increase as the download progresses through larger files as the server and client get into sync, but the results were so favorable for this relatively small file that I used them. I would issue the following commands on a Linux computer and gather the download speeds for further processing.  Please note that I did not include the commands to perform the download from my site or from Smart Passive Income‘s site as I didn’t want to run the risk of having thousands of internet users (or more) hammering our sites.

Below is a graphic showing the distribution of the ping test responses from each of the web hosting providers.  As stated previously, the average ping response time from DreamHost was significantly better than the other three. BlueHost came in second with IONOS Hosting and HostGator trailing.  The shorter the ping response time, the lower the server latency, and the faster web pages will load.

Each of the web hosts evaluated offer several different packages such that your hosting provider can grow along with you.  These hosts offer shared hosting, hosting on a virtual private server, dedicated servers, and managed WordPress hosting.  Shared hosting provides you (and others) with the access to a physical server that is capable of serving pages for multiple websites, each having its own Internet domain name.  This is the least expensive option as the server costs are shared by several individuals.  A virtual private server package provides you (and others) with your own instance of an operating system hosted on a physical server.  You have full access to the operating system;  however, the server’s resources (CPU, RAM, HD, etc) are shared between your virtual operating system instance and others that are hosted on the same physical server.  This is the mid grade option as the server costs are still shared by several individuals; however, the physical server resources can only be divided fewer ways due to the increased overhead of each operating system hosted on the physical server.    The most expensive option is the dedicated server as you are the only one who can access that physical server.  As your website or application demand increases you might progress from shared hosting to a virtual private server to a dedicated server (or servers).  The managed WordPress hosting package is something relatively new being marketed by web hosting providers.  This seems to be marketed towards an audience that wants to have a WordPress blog or website, but are intimidated by the process of installing it within web hosting packages.  The managed WorPress hosting packages are more expensive than the shared hosting packages.

The table below shows the cost of several packages from the web host providers.  The package pricing tiers available from the web hosting providers is fairly comparable between them an range between $6.99 to $23.99 per month.  The only exception is DreamHost that only offers one shared hosting package.  All web hosting providers included a free domain registration in their hosting package with the exception of HostGator.  At the time this article was posted each provider had several introductory offers available ranging from $0.99 to $14.95 per month.  I currently use the IONOS Hosting unlimited package that currently has an introductory offer of $0.99 per month for the first year and have been very happy with it.  If your interested in beginning a blog or website, but are unsure whether you will enjoy it or stick with it this is the package I recommend.  The IONOS Hosting unlimited package introductory offer gives you a year of hosting and your own domain name for $12 for the first year!

NOTE:  The prices provided within this article are subject to change by the web hosting providers are no guarantee of availability.

Many of the web hosting providers offer unlimited webspace, websites, and bandwidth within their packages.  Of course there is no such thing as unlimited hard drive space or bandwidth as each of the providers has hardware limitations and are governed by the laws of physics. Hosting providers are marketing the fact that they do not restrict your use of the hard drive space or bandwidth available and you may host as many websites as you’d like within your shared hosting plan.

Each of these hosting providers offers 24/7 support and some offer an option of operating system.  You likely recognize the Windows operating system, but you may not recognize Linux. Well whether you know it or not you have probably used a version of Linux (or Unix) and not known it.  The Linux operating system core is utilized in many things you may use very day from your Android cell phone, Chromebook, Tivo / DVR, to your Google searches.  Each of the web hosts provide dashboards for administering your shared hosting package, so it’s likely that you won’t even be aware that you’re using it.

Hosting would be of little use if you couldn’t get files to and from the server, manage the server, and send and receive emails.  Files can be uploaded via the Secure Shell (SSH) or through the control panel dashboards provided by the web hosting providers;  however, the File Transfer Protocol (FTP) is the most convenient ways to upload / download files to / from the server in bulk.  I recommend the Filezilla FTP client for uploading / downloading files in bulk. The SSH can be used to manage the server;  however the control panel dashboards are so versatile and feature rich that it’s unlikely that you will use the SSH. The dashboard offered by the various web hosting providers are either the open source cPanel or a proprietary solutions.  Both solutions are very robust and easy to use.  They have to be otherwise there would be a lot of unhappy calls to tech support and a lot of cancelled services.  Several of the packages offered limit the number of FTP & email accounts and email storage (per account).  It’s unlikely that you will need more than a few email or FTP accounts unless you are operating multiple sites or have multiple people supporting it. Email storage may be limited in some of the web hosting packages;  however it’s unlikely that you will be using it as your primary account.  If you do intent to use it as your primary email account, I recommend managing it through a Gmail account that has a bit more storage.

The web hosts provide a variety of packages that will allow your hosting to grow with you.  Each of the web hosting providers discussed are feature rich with some variation between them. IONOS Hosting is a low cost provider that is good for entry level hosting.  I’ve been using IONOS Hosting for some time now for this site.  I’ve been happy with it, but I’m highly considering moving to DreamHost or BlueHost due to the better performance.  However, I have not yet explored how difficult it might be to transitioning between web hosts.

4 thoughts on “Best Web Hosting Performance and Feature Comparison; IONOS vs BlueHost vs DreamHost vs HostGator”