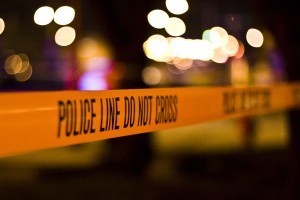 The FBI routinely compiles crime statistics from the 260 largest cities in the United States (with a population of 100,000 or more).  By calculating the number of occurrences per capita (per 100,000 people) from those statistics one can compare and rank the probability of occurrence of the various crimes within each of  those cities. Baltimore’s crime statistics and ranking are listed below as derived from the 2015 FBI crime statistics. Generally, the highest ranking crime has been listed first; however, rape has been listed just under murder.  In reviewing Baltimore’s per capita statistics, it was noted that one is more likely to be murdered than raped in Baltimore and it seemed appropriate to display them together.

Baltimore is one of only a handful of cities where you are more likely to be murdered than raped.  Other cities include:

It should be noted that conclusions based on any statistic should always be met with some level of skepticism.  The occurrence of this somewhat unique statistic may simply be due to crimes being under reported in those cities.

If your curious what other cities “beat out” Baltimore in the rankings for various crimes or want to see how your city measures up, the ranking of all 260 cities is included below.  You may click on the links below to jump to a specific table.

Also, before you leave don’t forget to:

Subscribe to the blog in the right side panel.